The organic coffee model is done by coffee farmers in Gunung.Puntang, Cimaung District, Banjaran, South Bandung. For coffee lovers (Coffeeholic) try a cup of coffee coming from Gn.Puntang, and feel the sensation. In addition to your tongue pampered with the delicious coffee from Gn.Puntang you will also feel the benefits of drinking original coffee,

Puntang Mountain in addition to having a beautiful natural charm, witness the history of telecommunications from the Dutch colonial era, also has a coffee that supposedly is a coffee ever famous to the continent of Europe and America from the time of enactment of Preanger Stelsel by the Dutch in the land of Pasundan.
Every day the coffee farmers go to his garden without knowing the weather, the heat and rain are common. Both young and old farmers struggled in their own gardens. With their economic limitations they seek the fortune of growing coffee.
With that background, it turns out to be a blessing in disguise, the inability to make chemical fertilizers has forced the source of nutrients used by coffee farmers 100% organic fertilizer. 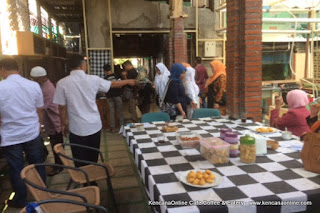 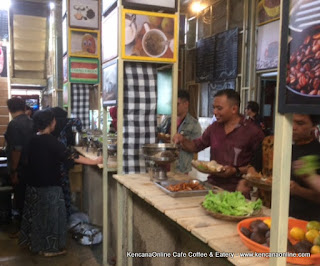 Only use sheep and grass dung and leaves that exist in the garden area decomposed into compost as a source of nutritional flagship. That's the coffee story that then in the biggest coffee auction in the United States, coffee puntang coffee got a taste test value 86.25. Of the 74 samples in the contest, 20 were selected with the highest score. Six of them came from the south of Bandung, namely Mount Puntang (developed by Ayi Sutedja, champion), Mekar Wangi (Wildan, second rank), Malabar Honey (Slamet P, fourth position), Java Cibeber (Asep, 9th); West Java Pasundan Honey (Dedi Gunung Tilu, 11th); Andungsari (Wildfire, 17th). A variety of tropical fruit aromas, a little sour, until the sweet at the end of the seruputan to make the coffee to be the best among the 17 types of special coffee Indonesia. 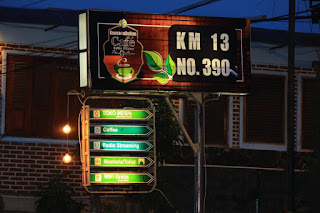 Puntang mountain coffee was barely audible earlier. This coffee is planted in the valley between Mount Puntang and Mount Tilu in District Banjaran, Bandung regency. Its name sinks between coffee sumatera, papua, bali, until sulawesi. But now, feel the sensation of coffee Banjaran various aroma a bit sour but sweet taste at the end of sips ........ (*)
Diposkan oleh Sonson Garsoni di 9:29 AM

Cupid knows how to provide you with the most
convenient, innovative and enjoyable opportunities for the best online dating in New Zealand