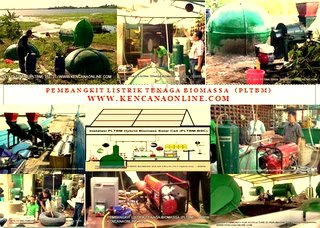 Effort to manage it, beaches, rivers and lakes of the growth of aquatic weeds (such as water hyacinth, sea grass and marine algae) performed a variety of ways, and one of them with the harvest and make biogas energy, fuel stoves and even fuel for the generator set.

Biomass in the form of water hyacinth which has another name 'Eichornia crassipes' is a kind of live water plants floating on the water surface. These plants grow rapidly when filled with agricultural waste or plant so that an indicator of where the location or the river was already polluted (the waste contaminants). Type of water hyacinth plants hidrofi, this plant is not edible even the weeds become nuisance plants to other plants and animals around it.

The hyacinth plants, and water plants generally like seaweed and various other aquatic weed species, contain large amounts of cellulose. And this cellulose that can be used as fuel through biomethan generation (biogas pure) for thermal energy (stove) and electric energy from the generator set and its by-products such as organic fertilizer.
With the current fermentation technology (solid biomethan fermentation) and purification of biogas (methane purifier) in Biomass Power Plants (PLTBM), of water weeds such as water hyacinth, sea algae and various types of aquatic grasses will be obtained biomethan quality (pure biogas) on the composition methane (CH4) height> 80%, the equivalent in calories Compressed Natural Gas (CNG) and Liquid Petroleum Gas (LPG). 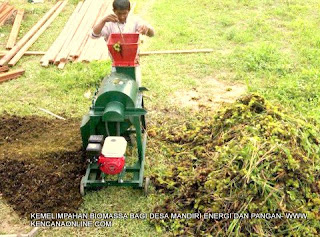 Technological developments fermentation biomass (such as waste, weeds and trash) into new materials that provide economic benefits, has spawned business opportunities electric energy generation and organic fertilizer production in multi-scale. Since 2011 has been tested in 33 locations PLTBM models, for example, can be done from the smallest scale 150 kg / day of biomass (waste, sewage and weeds) to large scale of hundreds of tons / day.

Business and investment opportunities of new renewable energy generation (especially those made ​​from waste and biomass), since the year 2012 is also supported by the government began providing incentives in the form of a price premium, exceeds the purchase price of electric power from fossil energy generation. Purchase price by the State Electricity Company (PT PLN Persero) on electric power generated project sponsors / investors (government Provincial / District / town, private, cooperative and community) is always greater than the power of conventional generation (fossil fuel). 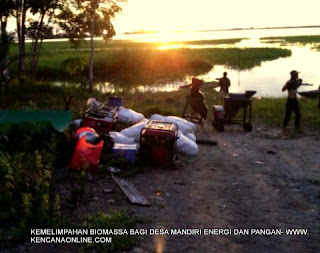 Acquisition of electrical energy and organic fertilizer from biomass (aquatic weeds) as above is actually able to attract the attention of the organizers of the provincial government and district / city that has a problem with the area waters and aquatic weeds, as well, providing an incentive for project sponsors / investors (sources of funds CSR, Bank) in order to make changes in weed into energy and fertilizer for the benefit of society

excellent points altogether, you just won a
new reader. What may you suggest about your put up that you made
a few days ago? Any sure?

Good response in return of this query with real arguments and explaining everything on the topic of
that.

you are actually a excellent webmaster. The site loading velocity is amazing.
It sort of feels that you are doing any distinctive trick.
Furthermore, The contents are masterpiece. you have done a wonderful activity in this topic!